For this year’s Heritage Open Days we are celebrating creativity in the archives, including a chance to experience the sound of the music that would have been enjoyed at Thorndon Hall and Ingatestone Hall in the sixteenth century.

Thorndon and Ingatestone Halls, both near Brentwood, were owned by the Petre family. A number of surviving sources tell us about the musical instruments owned by the family and the music being performed in the household. Visitors to ERO on Heritage Open Day will be treated to something of the experience of the Petre family and their guests with live performances throughout the day.

We are fortunate to have two music books from the household of John, 1st Baron Petre (1549-1614), which include sacred church music and secular music such as songs and dances. They are known as part books, as they only show one part of the composition, in this case the part for the bass singers. 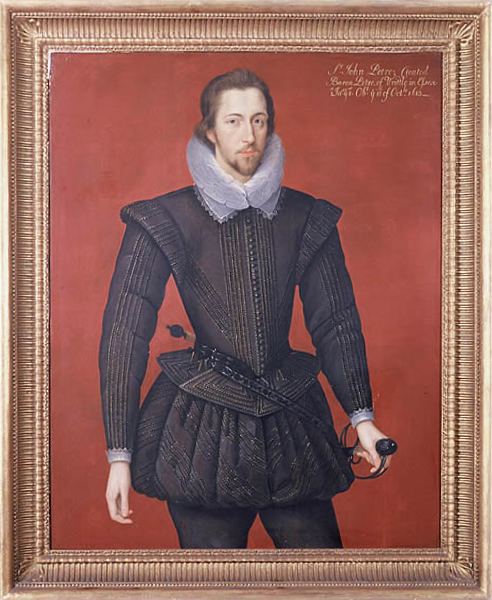 John, 1st Lord Petre (1549-1614), owner of the music books Gaudeamus will base their performance on – from the Ingatestone Hall website

In this post we will share some sneak previews of some of the choral music which will be performed at our open day, and in another post soon we will investigate the musical instruments owned by the family.

The sacred music included covers the whole Tudor period, from the reign of Henry VII (1485-1509) all the way through to the reign of Elizabeth I (1558-1601) and beyond into the early Stuart period. This music is all in Latin, the language of the Roman Catholic Church. This perhaps reflects the fact that the Petre family remained staunchly Catholic throughout the upheavals of the English Reformation (and somehow all managed to keep their heads). Despite writing in Latin, several of the composers featured in the part book served as Gentlemen of the Chapel Royal, the sovereign’s own choir. Despite being a Protestant, Elizabeth I is known to have a fondness for Latin church music.

To give you a little taster of this beautiful music, we thought we’d share a few previews of some of the pieces that Gaudeamus will be performing:

Ne irascaris Domine is by William Byrd (c.1540-1623), the best known composer associated with the Petre family. Like several other pieces which will be performed, it is a motet – a piece of choral music with several parts to it. Dating from 1589, its Latin title means ‘Be not angry O Lord’. The piece may have contained a political message for Protestant England, as it turned away from the Catholic church. (Read more about this motet here.) 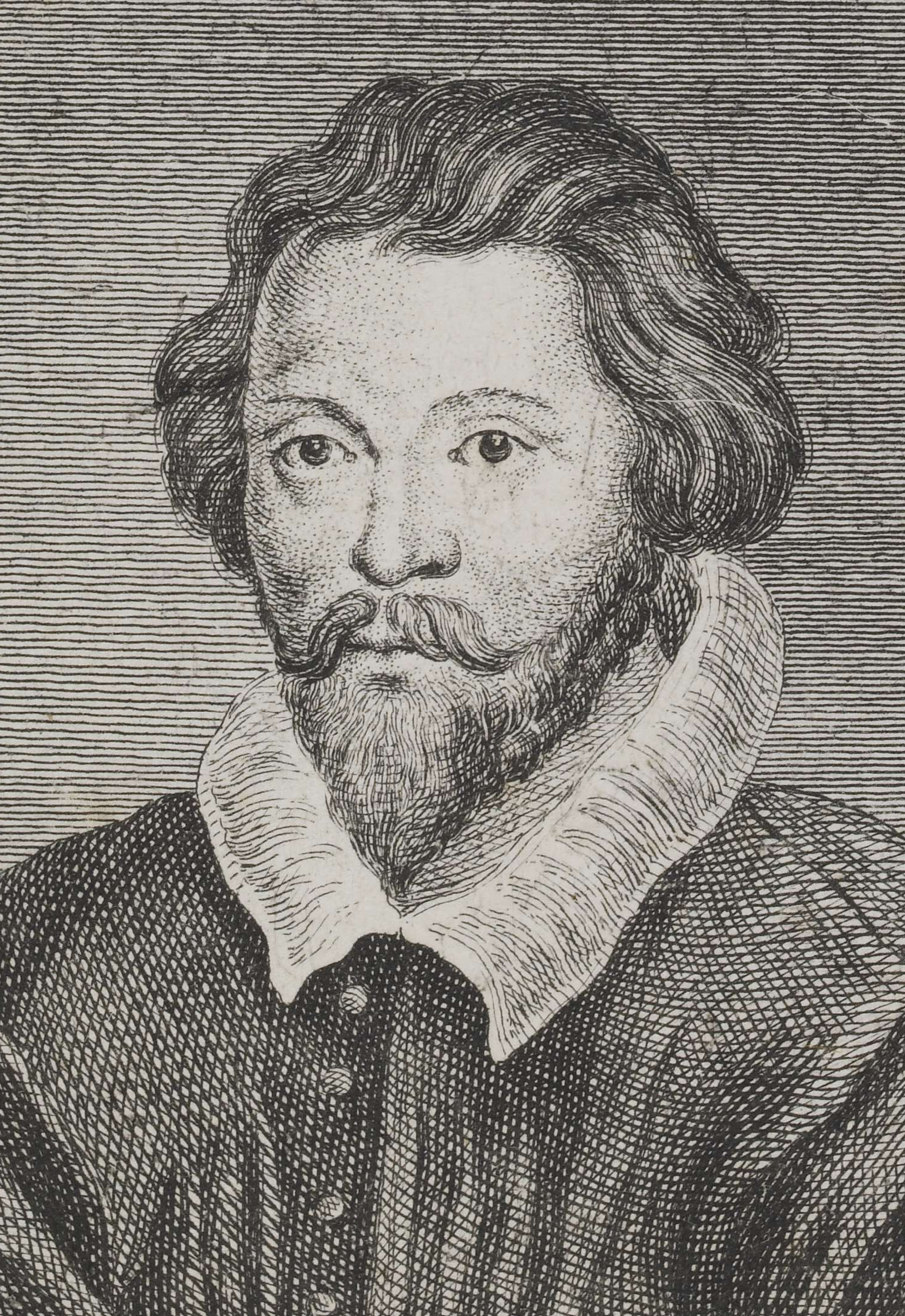 Byrd was born in London, but his family had origins in Ingatestone. He was a pupil of the great composer Thomas Tallis, and became a major figure in the world of Elizabethan music. From the 1570s he became increasingly involved in the world of English Catholics, and at times was suspended from his position at the Chapel Royal, his movements were restricted and his house subject to search.

Byrd moved to Stondon Massey in Essex in about 1594, apparently to be nearer his patron, Sir John Petre. He lived the last 30 years or so of his life there, and it is thought he was buried there alongside his wife in 1623. His motet Ne irascaris Domine is included in the Petre part books, and was performed for a special recording for us a few months ago by Southend-based chamber choir Gaudeamus:

Ave Dei Patris filia is by Robert Fayrfax (1464-1521), one of the foremost composers of the early Tudor period. Its title means ‘Hail, daughter of God’, is typical of music before the Reformation, made up of complex, interweaving parts. You can get a little taste of it by listening to the extract from track 7 here.

Fayrfax played an important role in the music of the royal court, as well as in noble households. He was a Gentleman of the Chapel Royal by 1497, and led the Chapel Royal in Henry VIII’s state visit to France in 1520 known as the ‘Field of the Cloth of Gold’.

Lamentations is by Robert White (c.1538-1574), much of whose music was probably written for a young Elizabeth I. The 5 part Lamentations is a good example of the sort of intellectual Latin music that appealed to Elizabeth, a substantial composition lasting 22 minutes in all (Gaudeamus will be singing the first and last parts only).

White was probably born in Holborn, London, and was the son of an organ builder. As a child he was a chorister at Trinity College, Cambridge, and he stayed there as an adult singer. He took a Bacherlorship in Music from the University of Cambridge, before becoming Master of the Choristers in Ely and then at Chester Cathedral. In 1570 he was appointed organist and master of the choristers in Westminster Abbey. He died aged only about 36, along with the rest of his family, during an outbreak of plague in 1574.

Join us for our Heritage Open Day on Saturday 10 September 2016, 10am-4pm, to enjoy performances of all of these pieces and lots more, including a chance to see some of the treasures of our art and photography collections, and for fun family activities. You can find all of the details here.

Each month a document is put on display in our Searchroom. Our document for June has been chosen by Archivist Allyson Lewis to reflect the 70th anniversary of the D-Day landings which began on 6 June 1944.

This month we look at Essex’s involvement in Operation Overlord, known as the D-Day landings.  Eastern Command, which included Essex, was to provide for 104,000 men and their equipment embarking through Tilbury and London Docks.  Tilbury was a Marshalling Area for collecting men and vehicles for the D-Day landings.

Marshalling Areas (MAs) were intended to hold 40,700 men and 6,500 vehicles prior to embarkation, load them and send them out as part of the initial landings, and then to embark 4,000 men and 600 vehicles per day for as long as necessary after D-Day itself.  Once sent for embarkation, the troops had to be provided with food and drink so any postponement of the operation posed a serious logistical problem.  The MA was arranged in 8 sub-areas located at Orsett Golf Club, Tilbury, Purfleet, Thorndon Hall, Belhus Park, Warley Barracks, Weald Park, and the Halfway House Inn on the Southend Arterial Road.

Planning began in February to identify suitable sites for camps field hospitals, ammunition dumps, petrol dumps, bakeries, rail heads and traffic routes.  This map (C/W 3/4/9) shows the location of the camps in each sub-area and the routes traffic should take to reach the embarkation points.  Most of the vehicles were parked up on the Southend Arterial Road.  They had to be waterproofed before being loaded onto the ships.  During March camps were constructed and roads strengthened, and by 1 May the area was ready.  Postal censorship began on 1 April and by the end of May all camps were patrolled to prevent contact with the local population.

Embarkation of troops and vehicles was a four day process: three days to waterproof the vehicles and get them aboard and to issue supplies and load the men, and one day to clear the area and get ready for the next detachment.  Y-Day was the name given to the day when everything would be ready to go.  Any long delay at this point would mean that men would have to be disembarked and sent back to their camps.  However, the weather improved sufficiently on 5 June for Operation Overlord to commence on 6 June 1944.